We’ll take this tour of Cardboard Cooperstown alphabetically in what will probably be about a dozen installments. This sixth leg of our tour will take us from Charlie Gehringer to Roy Halladay. (Click here for the start of the series.)

I was ready to add our first DeLong to the collection, but the red, white, and blue bunting in this Play Ball card’s background won me over. While this is a set off the radar of most collectors, it has some great shots. And if you see these pics and wish you had them in black and white instead, check the 1969 Globe Imports playing cards for just that! I know, I know…it’s after his playing career. He wasn’t even alive anymore. But still, this is a ridiculously epic card. 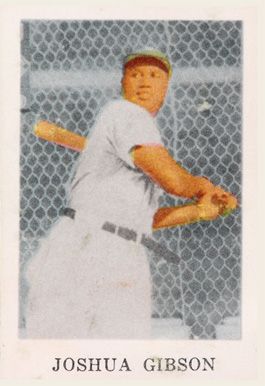 Hard to believe, but Giles had cardboard in six straight releases: 1956-59 Topps and 1960-61 Fleer Baseball Greats. I went with his rookie card, though bow tie aficionados will want to go with his 1958 or 1959 cards. If you thought Willie, Mickey, and the Duke debates got a little too heated in 1950s New York, you don’t even want to go near collectors when they’re arguing over Pat Gillick’s best card. I respect your right to disagree vigorously with my choice. Please just leave my family out of it. This Classic set could become my go-to for the junk wax era. It’s Classic so it’s automatically cheesy. Still, it’s a good looking card. (And yes, I was also THIS close to caving in and going with a hockey pic.) I know this hard-to-find Canadian release gets almost zero love from collectors (other than this guy and this guy), and it’s true that most of their cards look like newsprint mugshots. Still, there are some gems, and this is one of them. None of the man’s MLB cardboard jumped out at me, so I went for the novelty factor. In case you’re wondering, a solon is a respected leader in national or international affairs. It was only a matter of time before this terrific set finally made a showing. And in case you’re wondering what a Senator is, think opposite of solon, at least these days. There is almost nothing out there for this early Buffalo Bisons and New York Cuban Giants star. But on the bright side, that puts you only a card or two away from his master set.

It feels a bit lazy to choose the rookie card. A close second was the 1935 Goudey Premium, which uses the same photo. Am happy to crowdsource this one to more knowledgeable modern collectors. I flipped through Junior’s first 1320 cards, well shy of 10% of his total catalog, and finally just gave up. Happy to swap this one out if readers nominate a better one. But let’s be honest, friends. Iconic, yes, but that 1989 Upper Deck rookie is kind of an eyesore. I just like the way the orange background and blue jersey go together.

Clean and simple. Nothing wrong with that. These late-issue 1933 Goudey cards (sheets 8-10) are among my favorites ever, particularly when the artists went the extra mile on a scenic background. I love you, Vlad, but not enough to look through all 12,000 of your cards! At least with Griffey I had a buffer of a few years before everything got shiny. No such look with Mr. Guerrero. I like the way this card puts you up close to one of baseball’s greatest hitters ever as he gets ready to line one through the infield. TRIVIA TIME: Hafey is one of only two players from the inaugural 1933 All-Star Game not to appear in the 1933 Goudey set. Can you name the other? This card of the 43-year-old hurler seems to perfectly capture a man torn between seeing what he’s got left in the tank and opening up a hardware store. If you still can’t believe Harold Baines made it to Cooperstown, check out this guy’s numbers! Guys half my age have a right to be pissed that I’m bypassing all the shiny stuff that defined their youth. I don’t know what to tell you, guys. After a non-stop barrage of glitter, holograms, and rainbows, I’ll take these throwback designs all day long. In response to several requests to include cards of “should be in the Hall,” I’m adding one bonus player for each slice of the alphabet.

I won’t claim Dr. K has Hall of Fame credentials, but I think we can all agree he had Hall of Fame talent. Though the trajectory of his career disappointed many a fan and collector, he remains one of my favorite players and the only modern player whose cards I actively collect. I know I’ve spent much of this page expressing annoyance at the shiny stuff, so perhaps it seems hypocritical to choose this particular Doc. All I can say is the picture doesn’t do the card justice. In hand it’s a beauty and remarkably Doc’s only card of 1995. Click here for the SEVENTH installment of this series, which will look at the best cards of Hall of Famers from Hamilton to Jenkins.